Home > Blog > Truck crashes with bridges can harm others on the road. Here's how.

Truck crashes with bridges can harm others on the road. Here's how. 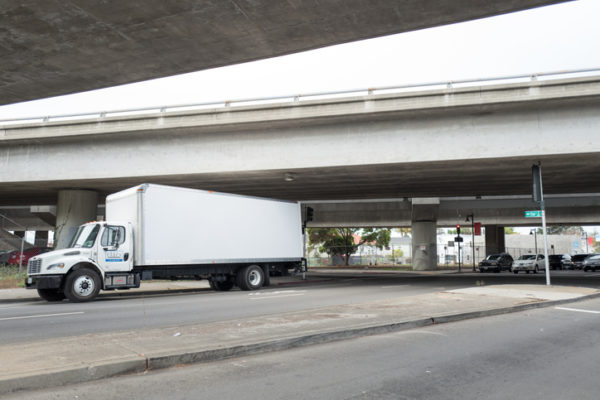 In most cases, when large commercial trucks crash into bridges or overpasses, they result in nothing more than a mere inconvenience for other drivers and road crews. These incidents occur when a large truck, or the cargo being transported, is too tall to clear a bridge or overpass. Traffic often gets backed up for hours. Drivers are often directed through detours while emergency responders and road crews clean up the mess.

The Plain Dealer reports that, in 2018, a Caterpillar tanker truck weighing 70,000 pounds struck a Nashville overpass above Interstate 65. Luckily, no injuries were reported, but it took road crews 16 hours to clear the truck and the damaged beam.

One incident that occurred on a stretch of Interstate 270 in Ohio, however, ended tragically, according to WBSN. In August of 2019, a large truck carrying a piece of heavy farm equipment failed to clear a bridge. The farm equipment struck the bridge and fell onto a car directly behind the truck. The driver of the car was killed in the crash. The driver of the truck faces aggravated vehicular homicide charges as a result.

How can truck bridge strikes harm others on the road?

Many bridges in the Cleveland area, like those in New York, were designed for low clearance for cars rather than trucks as tall as 13.5 feet. Many newer bridges, however, were built for truck clearance.

When a large truck gets pinned under a bridge or underpass, what impact can it have on the safety of other drivers? According to the National Highway Traffic Safety Administration, 13 people across the country were killed in truck crashes with bridges from 2014-2018.

Here are some scenarios in which drivers can be put in danger:

What are the restrictions on large trucks in Ohio?

Ohio state code (5577.05 and 5577.04) has strict restrictions on which roadways can be accessed by trucks exceeding a certain height and weight. Commercial vehicle drivers or fleet owners who seek to access public roadways must first obtain an Ohio Special Hauling Permit from the ODOT Columbus Permit Office.

The size limits for large trucks and buses are:

The weight limits are:

Truck drivers and the companies who employ them are required to stay up to date with and comply with Ohio state laws. This applies even when entering Ohio from another state. If you or a loved one is hurt in a truck bridge strike crash (or any other truck accident), it's critical that you speak to an experienced Cleveland truck accident attorney as soon as possible.

At Merriman Legal, LLC, our attorneys investigate truck crashes by examining the following:

Our legal team knows how overwhelming and devastating a single truck crash can be. We'll work tirelessly to help you recover all damages owed to you. To schedule your free consultation with one of our attorneys, contact us online today.