Rocket Scientists’ Prototype May Save Trucker Lives in Rollover Accidents 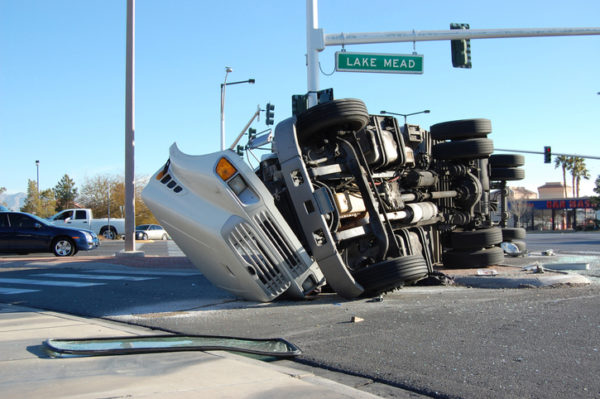 An experienced trucking attorney explains what you should know

If you're not a trucker, it can be difficult to explain to others how technical, demanding, and dangerous the job can be. People often assume driving a semi is like driving a car.

They may even say, dismissively, it's not rocket science.

But actually, there is a bit of rocket science at play.

Seeking to reduce truck driver deaths, a team of rocket scientists and automotive engineers are working on designing a "fifth-wheel" semi-truck tractor. Their goal is to stop one of the most dangerous types of truck accidents around — rollovers.

About 30 truckers died in fatal Ohio traffic accidents in 2019, according to the most recent federal information available. Fatal accidents involving 18 wheelers in northeastern Ohio have recently happened at these locations:

Truckers often face an uphill battle after an accident. People frequently try to blame truck drivers for causing crashes even though statistically most collisions involving commercial trucks are due to the negligence of other drivers.

After an 18 wheeler crash, the stakes are high for the truck driver. Not only do you need to recover from your injuries, but you also have to think about how the accident will impact your professional reputation and career.

Blemishes on your driving record can seriously hurt your ability to find work and provide for your loved ones, which is why it's important to protect your rights in the aftermath of a truck accident.

The company working on the five-wheel truck system is Axicle Engineering, of Los Angeles. They're calling their tractor anti-roll system TARS. The equipment senses a tractor-trailer rollover before it happens and detaches the trailer from the tractor. While the trailer would keep rolling, the truck and trucker would, hopefully, stay upright. The design allows the safety device to attach to just about any kind of semi.

The system works by constantly assessing a truck trailer's roll angle and rate. If a rollover is detected, the apparatus sets off a pyrotechnic actuator that opens the fifth-wheel latch and detaches the tractor from the trailer.

Right now, the fifth wheel is a prototype. Axicle is seeking to raise $10 million to start manufacturing the safety equipment. After a start-up period, the company plans to make 80,000 fifth wheel devices per year. They will cost about $4,000 each.

Company executives estimate the fifth wheel could save hundreds of lives as well as millions of dollars in health care and truck repairs. Insurance companies pay out about $3.5 billion each year to cover rollover damages, Axicle execs say.

There are almost 5 million truckers with commercial driving licenses operating in the U.S.

They travel about 305 billion miles across the nation and are involved in almost 14% of fatal crashes each year.

Ohio has around 175 fatal large truck accidents per year.

While truck accidents like rollovers, jackknifes, T-bones, and underride crashes are a risk to truck drivers, there are many other ways in which truckers can sustain injuries. Other potential dangers to truckers include getting struck against an object or piece of equipment, slip and falls, and overexertion, according to the Bureau of Labor Statistics.

Contact a trucking lawyer to talk about your options

If you are a trucker who was injured in an accident, you can talk to a trucking attorney to get a clear understanding of your legal rights and options. Depending on the specific details of your case, you may be able to pursue both a personal injury lawsuit and a workers' compensation claim.

The key is to contact a lawyer as soon as possible so you can pursue the financial compensation you're entitled to. Truckers who are injured often don't live in the jurisdiction where their injury claim has to be filed, which is another reason why seeking legal help is generally in your best interest.

Find out how we can help you and contact us today for a free consultation with an experienced trucking lawyer in Cleveland, Ohio.