Home > Blog > Driving a truck is a dangerous job

Driving a truck is a dangerous job 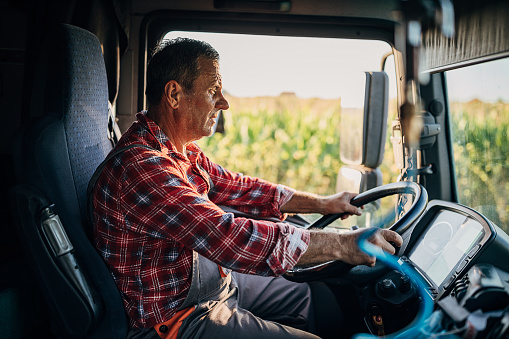 Truckers are the backbone of America. Each day - in Ohio and across the country - commercial truck drivers haul a variety of goods and products down interstates, roadways, and city streets to make scheduled deliveries and pickups.

While most people recognize the personal sacrifice professional truck drivers make to be away from their loved ones for days or weeks at a time, a lot of people are surprised to learn that being a trucker also means you're at a higher risk of getting injured or killed in a crash.

What's even more eye-opening: most serious and fatal truck accidents are caused by other drivers. Here's what you should know.

Being a trucker often comes at a high price

Driving a large commercial vehicle can be a demanding job on both a physical and emotional level. Spending hours on the lonely road away from family and friends isn't easy, and having to load and unload cargo from a tractor-trailer after a long drive can be exceptionally tiresome.

But what about all the hazards truck drivers encounter as they rack up miles on the road? Data from the U.S. Bureau of Labor Statistics has shown that truckers, due in large part to traffic accidents, "...have one of the highest rates of injuries and illnesses of all occupations."

The American Trucking Association points out that 8 of 10 accidents involving a big rig are caused by drivers in passenger vehicles, while the Federal Motor Carrier Safety Administration notes other drivers are, on average, responsible for more than 75% of the fatal trucking accidents that happen each year.

Some of the risks truckers face include:

Even if another motorist doesn't cause a direct collision with the truck, another driver can still be found responsible for the accident.

For instance, a truck driver could be seriously injured or die in a crash after swerving to avoid a collision with another driver who ran a red light. Or, a trucker may have to slam the brakes to avoid crashing into the rear-end of a motorist who cut the truck driver off, resulting in a separate collision.

Our lawyers fight for injured truckers

If you are a truck driver injured in an accident, you may have both a workers' compensation claim and a personal injury lawsuit. Regardless, it's important to have a lawyer on your side who understands how dangerous your job is and respects your profession. Due to unfair biases about professional truck drivers, people often point the finger at truckers whenever there is a serious truck accident, regardless of the facts.

At Merriman Legal, LLC, our dedicated trucker attorneys have successfully represented truck drivers and their loved ones in cases involving serious injury and wrongful death.

Make no mistake, accidents involving commercial vehicles are complex, and injured truckers often don't live in the jurisdiction where their injury claim must be filed. As such, having an experienced legal team in your corner to help you navigate the system can make all the difference in the outcome of your case.

Whether you were injured driving a truck or you're the loved one of a trucker who died in an accident caused by someone else, our attorneys can protect your rights and fight for the compensation you deserve. Contact us today for a free consultation. Our office is located in Cleveland and we serve clients throughout Ohio.