Ohio drivers need to share the road with pedestrians 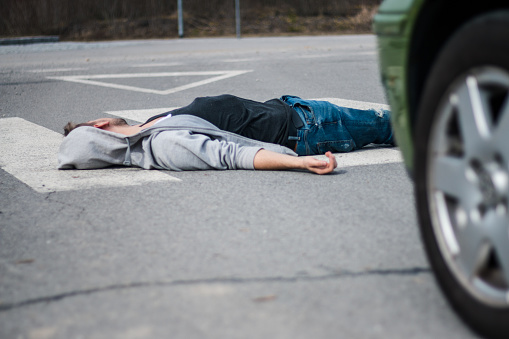 March means spring is just around the corner, and spring means more people in Cleveland and throughout Ohio will be out enjoying the warmer weather. People should be able to walk around Cleveland safely, and that includes using the sidewalks and crossing the street. Unfortunately, too many drivers don’t do their part to keep our roads safe.

On March 1, a crash on Clifton Blvd in Lakewood caused two fatalities, and while the people killed in this particular accident were inside a vehicle, neighbors stated that pedestrians being struck in crosswalks are also a common occurrence at that location. It’s one location, but it highlights a broader issue: when safety isn’t first, it’s the most vulnerable road users who are often most at risk.

“I didn’t see the pedestrian” is not an excuse

There are many reasons why people get hit by cars, but most pedestrian accidents boil down to negligence on the part of a driver. The March 1 crash in Lakewood, for instance, involved excessive speed (80 mph in a 35-mph zone), drunk driving, and failure to use headlights. Neighbors also stated that visibility on the road is limited due to heavy street parking, especially at night or in inclement weather. Other pedestrian accidents may be caused by distracted driving or falling asleep at the wheel.

Responsible motorists can compensate for poor visibility by slowing down, paying close attention, and frequently checking their blind spots – or by not getting behind the wheel at all when they’re tired or impaired. The problem is that too many drivers value speed or convenience over safety, and too often, it’s pedestrians who pay the price.

Unfortunately, when a car strikes a pedestrian’s unprotected body, serious injuries are often the rule, not the exception. Pedestrian accidents are often fatal, and when the pedestrian survives, they may be left with a brain injury, a spinal cord injury, internal injuries, broken bones, and other life-altering injuries. An injured pedestrian may need extensive medical treatment and be unable to work for a long time, to say nothing of the pain and suffering and loss of quality of life. Dangerous drivers need to be held accountable, and even more importantly, injured people need to be made whole again with justice and fair compensation.

We know firsthand how devastating a crash involving a vulnerable road user can be. Our founding partner, Tom Merriman, resolved to fight for injured people after his own 12-year-old daughter was hit by a car while riding her bicycle. If you or a loved one was hit by a car, we’d be honored to explain your legal rights and options in a free consultation.