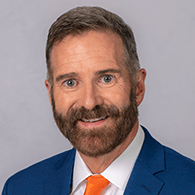 After serving in government, Tom decided to become a watchdog of government. In 1995, he redirected his career into investigative journalism, first with WEWS-TV and then with WJW’s FOX8 I-Team. During his 14 years in Cleveland television, Tom won 37 Emmy Awards – more than any other reporter in the market during that time period. Some of his most notable work includes:

In 2006, Tom served as an Ethics Fellow at the Poynter Institute for Media Studies. That same year, Tom was profiled in a PBS documentary titled "The Best of Broadcast Journalism." Celebrating the 40th Anniversary of the FOX8 I-Team, the station recently aired a report honoring Tom’s journalism career.

In 2009, armed with a broad range of skills and experience, Tom returned to the courtroom as a trial attorney. In 2019, he founded and became the Managing Partner of Merriman Legal, LLC. Tom has built an extensive record of successfully representing clients in personal injury and wrongful death cases. He also represented more than 290 people who lost eggs or embryos in the University Hospitals Fertility Center tragedy.

Tom serves as a Legal Analyst on WJW FOX 8 newscasts and hosts a segment called, “Case or Not a Case?” on New Day Cleveland.  Tom was recently awarded his 38th Emmy Award for the news series, “Is it Legal?”