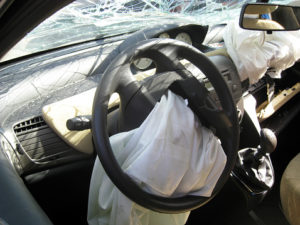 Cleveland drivers must understand risk factors on the roads so they can make informed choices when they get behind the wheel. Crash data shows the level of danger motorists face, and higher rates of car crashes mean drivers should exercise more care as they operate their vehicles.  Unfortunately, in 2015, Ohio car accident rates and nationwide crash rates were significantly higher than the prior year.

Drivers need to be aware there were elevated risks of collisions last year and should exercise additional caution when operating their vehicles during 2016 to try to ensure the rise in car-crash deaths does not become a multi-year upward trend.

In 2015, by contrast, the fatality rate rose 4.4 percent and 8.1 percent more people died in car crashes than in 2014. In Ohio specifically, National Safety Council indicates there were 499 fatalities in the first six months of 2015 compared with 425 deaths in car accidents in the first six months of 2014.  This is a 17 percent increase in the total number of people who died as a result of being involved in motor vehicle accidents.

Drivers throughout Ohio should take actions to help ensure crash rates are not even higher in 2016 by avoiding drunken, drowsy, and distracted driving and by ensuring all traffic safety rules are followed whenever they are on the road.