Home > Blog > Wrong-Way Driver Warning System Coming to I-90, I-71 in Cleveland

Wrong-Way Driver Warning System Coming to I-90, I-71 in Cleveland 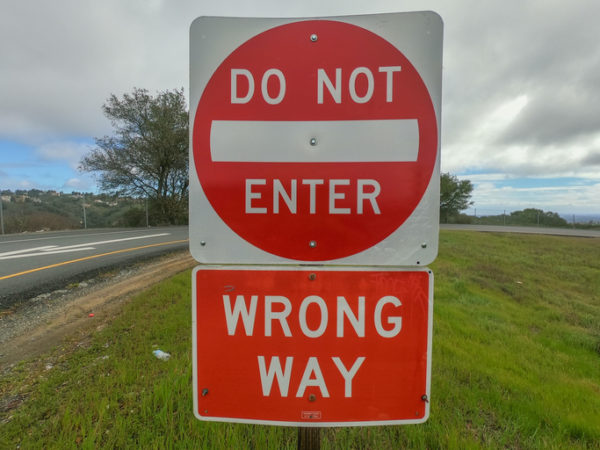 Ohio is expanding its new wrong-way driving warning system into Cleveland. Traffic safety and city officials expect it will save lives and reduce serious car accidents in the city.

The warning system uses cameras to detect when a vehicle enters a highway interchange or ramp from the wrong direction. When a violation occurs, flashing warning lights tell the driver to turn around. Currently, Ohio's wrong-way driver warning system occupies a portion of I-71 starting in downtown Cincinnati. It was installed in 2019 and is credited with preventing drivers from entering a highway in the wrong direction more than 50 times.

Ohio's Department of Transportation (ODOT) plans to install the system along a 22-mile-long stretch of I-71 and I-90 between West 150th Street and East 140th Street in Cleveland. Installation is expected to begin in 2023 when 50 detection devices are installed at 25 locations in Cuyahoga County.

Wrong-way driving accidents (WWD) are often preventable and will be even more so with the expansion of Ohio's wrong-way warning system. The alerts have almost certainly saved lives and are likely to save more, but a warning won't be enough for some drivers.

Why do wrong-way accidents happen?

The National Transportation Safety Board (NTSB) defines WWD as "vehicular movement along a travel lane in a direction opposing the legal flow of traffic on high-speed divided highways or access ramps." A major factor in wrong-way crashes is negligence. In about 25 percent of wrong-way crashes, a driver is cited for "careless" driving, according to a recent study. In 10 percent of cases, the driver is cited for "disregarding traffic control."

Why are wrong-way crashes so severe?

Speed kills. This type of accident is frequently violent and devastating, which is why so many of them are fatal. Wrong-way accidents are 40 times more likely to be deadly than other crashes, ODOT says. Nationwide, about 350 people die in wrong-way accidents every year.

Wrong-way driving crashes are often straight head-on collisions at highway speeds. Typically, the faster a vehicle is moving at the time of impact, the more damage it will do. Almost 40 percent of fatal wrong-way crashes are at 41 mph or faster speeds. Meanwhile, according to analysts, a person's chances of surviving a car accident at speeds over 43 mph are low.

Where along I-90 and I-71 is Ohio planning to install more wrong-way warning systems?

Not every interchange along the targetted stretch of Cleveland highway will get a wrong-way warning system camera or lights. The interchanges ODOT plans to add to the WWD warning system include exit/entrance ramps on:

Expanding Ohio's wrong-way driver warning system to Cleveland will likely prevent many crashes, but accidents still happen due to negligent drivers. Victims can seek compensation for their losses, and an experienced car accident attorney can help you navigate the process from start to finish.

If you were injured or a loved one died in a Cleveland-area wrong-way driving accident, contact Merriman Legal for a free case consultation. Our law firm is based in Cleveland, and we proudly serve the city, the greater Cleveland area, and beyond.

Do not wait to act. Ohio has a statute of limitations on car accidents and wrongful death actions. A member of our team is ready to hear from you 24 hours a day, seven days a week. Learn about your legal options - contact us to schedule your free consultation today.