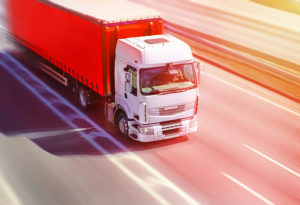 Truck safety violations, such as improper loading, faulty brakes or drivers who lack the appropriate training, are on the rise. The Ohio Highway Patrol's Motor Carrier Enforcement Division is engaged in special enforcement and alerting other motorists to the danger.

Where the liability exists

Both employers and truck owners can also be found directly liable, meaning they themselves were somehow negligent. An example might be failure to properly screen a truck driver or ensure he or she had the appropriate licensure. It can also include failure to make sure the truck had proper working sensors indicating things like low tire pressure, etc.

The OHP reported that during targeted enforcement, troopers are checking things like braking system integrity and adjustment and secure cargo load. Additionally, troopers have been keeping an eye out for trucker traffic safety violations, such as following too closely, marked lane violations and excess speed.

While it's true that passenger vehicles sharing the road have a responsibility also to use appropriate caution, smaller cars don't do nearly as much damage as commercial vehicles. That's why it's so important for trucking carriers and drivers to vigilantly adhere to federal motor carrier safety standards.

The Ohio Department of Public Safety reported that among the approximately 306,000 crashes reported statewide in 2016, more than 22,000 involved a heavy truck. Some of the most common driver errors reported in Ohio truck accidents included:

Another common factor in many truck accident crashes is driver fatigue. The work of a truck driver is tedious, and long hours on the road can increase the risk of a truck accident. That's why the Federal Motor Carrier Safety Administration has strict hours of enforcement rules limiting how many hours a truck driver can work in a single shift and how many of those may be spent on the road. Too many truck drivers and trucking companies fail to follow these rules, which is why it is another focus of OHP's enforcement.

Of those 22,000 heavy truck crashes reported, 12,500 were deemed the fault of the truck driver. Further, 2,600 of those collisions resulted in a serious injury, while 40 ended in a fatality. Most of those killed were either occupants of other vehicles or else non-passengers, such pedestrians and bicyclists.

In the event that you or a loved one is injured in a truck accident, it's crucial that you consult with an experienced attorney at Merriman Legal, LLC.