Summer a Dangerous Time for Teen Drivers in Ohio 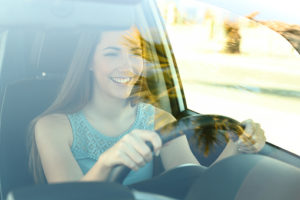 From now until the end of summer will be the most dangerous time of the year on the road for teen drivers.

The American Automobile Association (AAA) calls the period between Memorial Day and Labor Day the "100 Deadliest Days" for teenagers. Traffic collisions involving teen drivers will kill an average of 10 motorists a day during this period.

Teenagers are already most likely to be involved in collisions. Not until drivers reach the age of 75 do they face similar road risks. A Cleveland car accident attorney sees a number of common causes of teen-driving crashes, which mirror the crash risks outlined by the NHTSA:

Unfortunately, many victims are injured or killed by teen drivers each year. This can include other motorists, bicyclists and pedestrians, or passengers in a teen's vehicle. In these cases, it's parents and insurance companies that may ultimately be held responsible. When a parent signs for a minor child to obtain an operator's license, Ohio's financial responsibility laws can make the parent liable for damages resulting from a child's operation of a motor vehicle.

Ohio Rev. Code Ann. § 4507.07 outlines parental auto liability in negligence cases. The law makes parents jointly and severally liable for damage caused by a child's negligent or willful operation of a motor vehicle. "Joint and several" is a legal term meaning parents can be found responsible for paying the entire amount of damages, even in cases with one or more named defendants. Parents may also be held liable under the laws of "negligent entrustment," particularly in cases where a teen has incurred previous traffic citations or displayed unsafe driving behavior.

Ohio's Graduated Licensing Law attempts to reduce teen-driving risks using a tiered licensing system that increases a teen's driving privileges over time. Parents must also play an active role, both by having frequent conversations about driving safety and by setting a good example behind the wheel. In the event of a crash, contact Merriman Legal, LLC and find out how we can help you.