Home > Blog > What are my options if I was hit by a car while on the side of the road?

What are my options if I was hit by a car while on the side of the road? 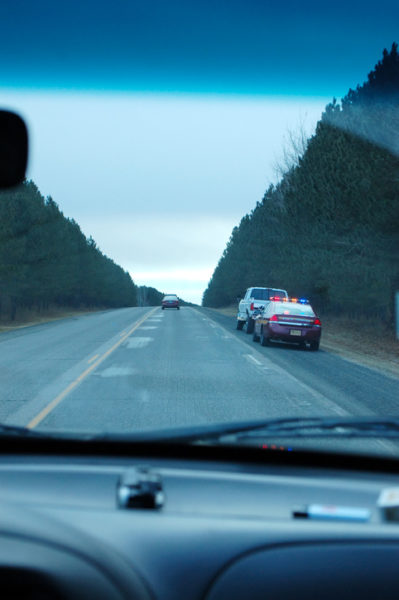 Many crashes occur at roadside sites when drivers fail to move over. Drivers who drive aggressively, distracted or impaired are at the greatest risk of veering off the road and striking a pedestrian, worker or car occupant. Even when all drivers move over, crashes can occur when drivers aren't prepared for traffic to slow down.

Under Ohio's Move Over law, drivers are required to move over one lane when approaching construction sites, road maintenance, utility crews, roadside emergency responses and cars on the side of the road with hazard lights flashing. The law applies to drivers who access all interstates and state highways. Drivers who fail to comply with this rule can be pulled over and fined up to:

According to the Ohio Department of Transportation, roadside crashes kill:

Recently, Senators Tammy Duckworth, Dick Durbin, Deb Fischer, and Representative Cheri Bustos requested the Government Accountability Office (GAO) to review the effectiveness of Move Over laws. According to AAA, data pertaining to Move Over law violations is lacking. In addition, many drivers aren't aware of this law and state officials lack the resources to raise awareness.

The National Highway Traffic Safety Administration and U.S. Department of Transportation have recently committed themselves to protecting roadside first responders. Both federal agencies plan on collecting data and conducting research on the effectiveness of Move Over laws.

AAA acknowledges the dangers their workers face when responding to roadside emergencies. The organization plans on sharing emerging research data pertaining to Move Over laws as it becomes available.

Pursuing a claim after a roadside crash

If you were involved in a roadside crash, you may be eligible for compensation. The course of your case will depend heavily on the facts. If you were a stranded motorist or pedestrian, you can pursue a car accident claim against the at-fault driver's insurance company. Since Ohio is an at-fault state, you will need to prove that the other driver's negligence caused your crash. An experienced car accident attorney at Merriman Legal can conduct an investigation, litigate your case and help maximize your compensation through a settlement or court verdict.

Construction workers, first responders, police, tow truck drivers, and other roadside workers can file a third-party workplace injury claim. Most employers pay for workers' compensation insurance, which covers workers' medical bills and lost wages. Through a third-party claim, you can pursue damages for medical costs, lost wages, as well as property damage and non-economic damages (such as pain and suffering). You can sue a third-party as long as it's someone other than your employer or another employee. Third parties typically involve:

Our law firm serves clients in Cleveland and throughout Ohio. If you were injured, we'd be glad to sit down with you and go over your legal options during a free consultation. We operate on a contingency fee basis, which means you don't pay unless we win your case. Contact us online or call us to get started.