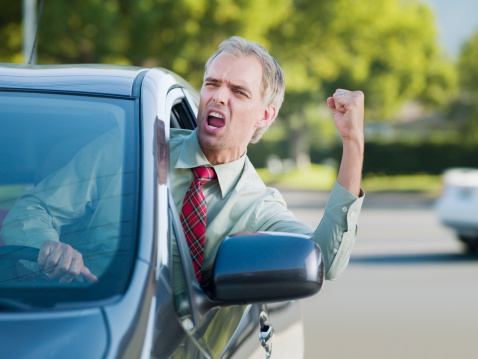 The holidays are upon us, and up until the New Year, we will likely see an increase in traffic congestion and aggressive driving. As a result, tempers on Cleveland-area roads can flare up.

One Cleveland resident experienced, firsthand, the devastating impact of road rage, according to FOX8. The victim, who unknowingly cut off another driver, was followed and taunted. As she sped up to get away, an occupant from the other car threw an object through her window, causing her to veer off the road and hit a pole.

The driver of the other car then turned around and continued taunting the victim after she crashed. The victim sustained serious injuries as a result of the crash.

Incidents such as this are just the tip of the iceberg. According to data cited by CNN, incidents of road rage have risen at an alarming rate in recent years.

Road rage on the rise

In most cases, road rage entails nothing more than rude gestures, yelling, honking, and antagonizing other drivers. In some cases, however, it can get serious, and even turn deadly.

A 2016 AAA study, which surveyed drivers on their experiences with road rage, was cited by CNN. When it came to road rage incidents that could end in an injury or death, participants reported engaging in the following behaviors:

CNN also cited data from nonprofit news site The Trace, which found that about 620 drivers who were involved in road rage incidents in 2016 brandished guns. Within the first half of 2017 alone, that number was already 325.

Stress is often the leading factor in road rage incidents. This could include being late for work, loss of a job, domestic disputes, and even holiday stress. Despite the stress someone is going through, however, it's never acceptable to cause harm to another driver.

If you or a loved one was hurt because another driver engaged in road rage or aggressive driving, we urge you to take legal action as soon as possible. An experienced car accident attorney at Merriman Legal, LLC can help you build a solid claim against the negligent driver and his or her insurance company.

To get started, contact our law office and schedule your free, no-obligation, consultation with our legal team. We serve clients in the Cleveland area and across the state of Ohio.