Home > Blog > How Can Drivers in Cleveland Protect Themselves From Rising Accident Fatality Risks?

How Can Drivers in Cleveland Protect Themselves From Rising Accident Fatality Risks? 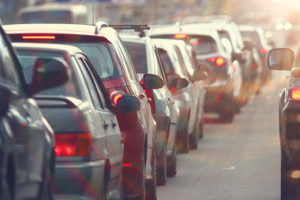 Cars are getting safer, with new technologies like blind spot warnings and rear-view cameras to show motorists what is behind and around them. Yet even as these features have reduced the chances of a crash and the severity of injuries when there is a collision, there have been troubling trends in traffic safety in recent years. Most noteworthy is the fact that accident fatality rates keep rising. NPR reports that the number of deaths in motor vehicle accidents went up again in 2016 for the second year in a row.

More than 40,000 people died in the U.S. last year, which was a six percent increase compared with total fatalities in 2015 and a 14 percent increase in deaths over the course of the past two years.

Why are Highway Deaths Increasing?

The question is, why is the number of crash deaths rising, even as cars are becoming more safe? NPR analysis attributes it human error and poor decisions made by drivers, citing many different studies to back up the theory that people are simply doing unsafe things that cause more crashes to happen.

The data suggests 94 percent of all fatal car accidents are caused by human error. This means almost every single accident could be prevented if motorists stopped making deadly mistakes while driving.

Some of the top causes of rising traffic accidents include behaviors like distracted driving and distracted walking. Drivers also continue to operate their vehicles while impaired, despite the known dangers of increased crash risks. Around 10 percent of drivers admitted to drunk driving in one report cited by NPR. Improving economic conditions and falling gas prices are factors that have helped to raise crash rates as well, as these factors lead to more people using the roads.

Since we understand what is causing the increase in car accident fatalities, we are also aware of what motorists can do to stop this troubling trend in its tracks and make the roads safer again. The best way for drivers to protect themselves: avoid the behaviors that are causing accidents to happen.

While drivers can't do anything about the increased traffic leading to more crowded roads, they can drive more assertively to make sure they react appropriately to try to avoid accidents. Drivers can also make a commitment not to engage in the kinds of behavior that are causing crash rates to rise, such as using the phone while operating a vehicle.

It is unacceptable that car accident rates are going up so much, with the two-year increase in the past few years being described as the biggest jump in vehicle fatalities in the past half-century.  Drivers need to do their part to stop accidents from occurring by avoiding unsafe behaviors and being a lot more cautious on the roads.