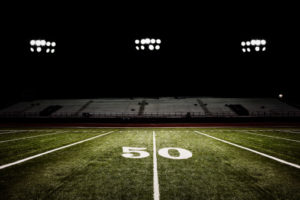 If you are a fan of the Cleveland Browns or Ohio State Buckeyes, you may plan your entire weekend attending a game at FirstEnergy Stadium or Ohio Stadium. Many people who decide to attend sporting events go early to tailgate, or spend time in the parking lot having a cookout and hanging out with friends.

Tailgating is not just about getting ready to see the game: a lot of people who tailgate end up drinking too much. This can increase the risk of car accidents if tailgaters are not responsible, since tailgaters could end up leaving the football stadium and driving while intoxicated. If you are going to tailgate before a Browns game or Ohio State game, you need to make sure you are not a part of the problem but instead are a part of the solution for preventing impaired driving crashes.

ABC News reported tailgaters are among the fans most likely to become dangerously intoxicated at a football game.  In total, one out of every 12 football fans leaving a stadium was found to be too impaired by alcohol to safely drive. The number of tailgaters who were over-the-limit was far greater than this, as tailgaters were 14 times as likely as other fans to have a blood alcohol concentration of .08 or above. A BAC of .08 is the legal limit before someone can be considered a drunk driver.

If you are tailgating, you do not have to be one of the heavy drinkers. If you want to tailgate responsibly, you can make the commitment not to drink at all. This would allow you to serve as a designated driver for others, so no one you are with at the event has to get behind the wheel after consuming too much alcohol. If you do not drink, you can also be more aware of what is going on around you and you can step in and take action if someone is trying to get behind the wheel drunk.

If you are going to tailgate and you want to drink, you can do this responsibly as well. Just be sure to plan in advance before you start drinking for who exactly will be your designated driver. Provide the DD with other non-alcoholic things to drink, and also have a backup plan in case something goes wrong and the designated driver can't bring you home.