How Cleveland Rear-End Crashes Are Being Prevented Through Technology 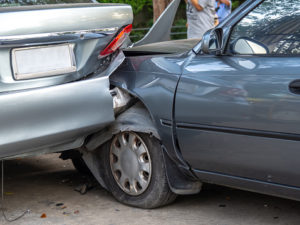 Drivers are expected to maintain a safe following distance between their own car and the vehicle in front of their vehicle. Motorists also have to pay attention to what the car in front is doing in order to avoid rear-end car accidents. Unfortunately, sometimes motorists fail to obey safety rules and follow best practices for safety. Rear-end crashes can happen when drivers in rear-vehicles are negligent or in situations where the driver in the front vehicle stops short or cuts off the car behind him. When rear-end crashes happen, serious injuries including whiplash can result.

Prevention of rear-end collisions is very important, and drivers have to ensure they are following the rules and exercising reasonable care so they don't hit cars in front of them. People aren't perfect, however, so technologies are also being developed which could help to reduce rear-end crashes. The technologies are called front-crash prevention systems and include both systems which issue a warning to drivers when a crash is going to happen as well as systems which actually brake automatically if the car is about to hit an obstacle (like a vehicle in front of it).

The researchers found far fewer rear-end crashes in situations where technologies either warned the driver or hit the brakes for the driver when approaching an obstacle. When the cars were equipped with automatic emergency braking, the risk of rear end collisions dropped by 40 percent. When the cars were equipped with forward collision warnings to alert the drivers a crash was imminent, rear-end crash rates declined by 23 percent.

National Highway Traffic Safety Administration (NHTSA) has worked with auto makers and with IIHS and will soon be moving forward with requiring crash avoidance to be included in new vehicles. Hopefully when this technology becomes more common, fewer rear-end crashes will be caused by human error.