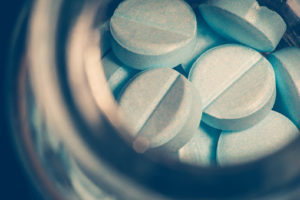 The prevalence and use of prescription painkillers like hydrocodone, morphine, oxycodone and methadone, has risen steadily over the last few years in the United States, as many Americans have been prescribed these powerful medications to treat pain associated with surgeries and recurring pain from past injuries.

The addictive power of opioids has been widely covered by the national media, as the United States has seen large increases in fatal and non-fatal overdoses and whole generations of young people lost to addiction in some regions of the country.

While much of the conversation around opioids centers on addicts and their immediate families, little is said about the impact that opioid-impaired individuals can have on non-relatives.

In the United States, the use of prescription opioids by drivers is increasingly implicated as a contributing cause in fatal motor vehicle crashes. In just one year — between 2015-2016 — the rate of fatal auto accidents resulting from overdoses jumped 2.6 percent per 100 million driver miles.

Opioids trigger the release of endorphins, which muffle a person’s perception of pain and boost feelings of pleasure. The side-effects of these medications can include dizziness, drowsiness, and sedation, which can impair the necessary psychomotor and cognitive skills to safely drive a car.

Opioid use can also impair concentration and attention, and decrease alertness, which can lead a person under the influence of opioids to drift between lanes while driving.

A study conducted by the Fatality Analysis Reporting System (FARS) between Jan. 1, 1993 - Dec. 31, 2016 found that, of the 36,642 drivers involved in 18,321 fatal two-vehicle crashes, prescription opioid use as indicated by toxicological testing results was associated with a significantly increased risk of crash initiation, due in large part to failure to keep in proper lane.

The study found that:

The data found in this study proves that opioid use can greatly increase one’s risk of causing a fatal accident and should serve to remind motorists to be aware of other drivers and to avoid other vehicles that are moving erratically or are drifting between lanes.

Your legal rights after a crash

If you find yourself involved in a car accident, it is critical that you notify police and seek medical attention right away. The examination by a medical professional can provide critical information and documentation should you seek damages.

Your next call should be to an experienced lawyer who can investigate the accident, build a case against the at-fault driver and their insurance company and pursue damages. The attorneys at Merriman Legal, LLC are determined to protect your rights and will not rest until you receive the compensation you deserve.