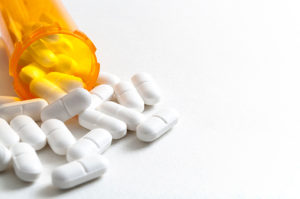 It can be easy, in the wake of drunk driving activism and tougher criminal laws, to forget that alcohol is not the only substance by which drivers may impair themselves. But opioid-impaired drivers have become so prevalent as to cause a public health crisis in recent years, particularly in Ohio.

Impaired drivers devastate the lives of the innocent victims who they injure and kill. O.R.C. 4511.19 , Ohio's Operating a Vehicle Under the Influence (OVI) statute, prohibits motorists from driving while "under the influence" of either alcohol or drugs - or both. There are per se limits to both alcohol and drug impairment, but it can also simply mean a showing that the driver was under the influence to the extent his or her normal faculties were impaired and made driving a vehicle unsafe.

Regardless of the type of impairment, OVI injury victims are legally entitled to compensation for the pain and suffering inflicted upon them by an impaired driver.

The Opioid Epidemic Hits the Road

The opioid epidemic has caused a public health crisis across the United States, and this has expanded into the problem of impaired driving. The Washington Post reports that 2015 was the first year in which drugged driving caused more traffic fatalities than drunk driving. Columbia University’s Mailman School of Public Health reports that the number of opioid-impaired drivers who caused fatal traffic accidents increased seven times between 1995 and 2015. (Interestingly, more women than men tested positive for opioids in this study.) The problem has received much media attention nationwide. Business Insider reports that the governors of Arizona, Florida and Maryland have all declared states of emergency, in order to grant them access to federal grant moneys through the Department of Health and Human Services.

Here in Ohio, there has been a 25 percent increase in drugged driving accidents between 2012 and 2016. The Ohio opioid epidemic is in fact so severe that, according to NBC News, Montgomery County has the highest number of overdose deaths per capita in the nation. Montgomery County Coroner Kent Harshbarger estimates that Ohio will see 10,000 opioid overdose deaths by the end of 2017. That is more overdose deaths than were reported in the entire United States in 1990.

The Obstacles to Enforcing Impairment Laws Against Drugged Drivers

The awareness of an opioid problem in America has not made it any easier to enforce impaired driving laws. Driving under the influence of prescription narcotics is a violation of Ohio criminal laws.

Unfortunately, Ohio - like most other states - has not been able to set a blood level at which impaired driving can be inferred. Unlike alcohol, researchers have not yet been able to confidently assess the point at which humans are likely to be impaired by such drugs. This makes it more difficult for officers to establish probable cause that a driver is impaired by drugs. It also makes it more difficult for prosecutors to both file and prosecute charges of impaired driving, which a jury must generally infer from testimony about the driver’s behavior. These challenges can make it difficult for injury victims to access the compensation to which they are legally entitled from impaired drivers. An experienced Ohio auto accident attorney will protect your legal rights if you have been injured by an impaired driver.