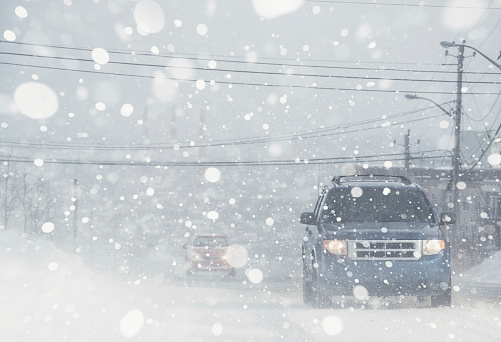 And while such accidents can happen nearly anywhere during the winter, certain states are more dangerous than others. If you live and drive in Ohio, you will likely not be surprised to learn that it’s the fourth-deadliest state in the country when it comes to weather-related winter accidents.

Between 2013 and 2017, Ohio had the fourth-highest number of winter-driving fatalities, according to a study conducted by ValuePenguin. During that time period, a total of 172 people died in winter-related car accidents in Ohio.

Car accidents often occur during winter because another driver behaves in a reckless or negligent manner. This includes:

Drivers always have a responsibility to operate their vehicles safely, and that goes double in inclement weather. When hazardous weather strikes in winter, drivers need to be prepared and share the road responsibly with other drivers.

What can drivers do to prevent winter accidents?

There are many steps drivers can take before driving to avoid causing or being involved in a winter-related car accident. Such preventative measures include:

Most importantly, if you don’t have to drive during hazardous winter weather, consider staying home.

Other winter safety steps you can take on the road

If you do have to drive during hazardous winter weather, take the following steps once you're on the road:

These are just some of the steps drivers can take to hopefully avoid a winter car accident. Unfortunately, accidents can happen to even the safest drivers. And when they do, injured drivers need to make sure they fully understand their rights and the legal options available to them.

How can a lawyer help me?

You might think you don’t need an attorney if another driver clearly caused your winter accident. Unfortunately, many auto accidents turn into complicated legal cases. The driver who caused your crash might deny doing anything wrong. Other times, it’s their insurance company that’s the problem. Because there’s often so much money at stake, the at-fault driver’s insurance company will often do everything they can to reduce or deny your injury claim.

They don’t intimidate us. That’s because our experienced Cleveland car accident attorneys at Merriman Legal, LLC know how to handle such challenging cases. Nationally renowned attorney Tom Merriman and his talented legal team have the knowledge and the skills you need to build a strong legal case. This starts with an in-depth investigation. We know what evidence to look for and what questions to ask. We then use that information when dealing with insurance companies.

Some law firms back down from tough legal cases. We rise to the challenge. Discover what we can do for you. Contact our law firm and schedule a free case evaluation with a Cleveland car accident lawyer you can count on when it matters most. We’re conveniently located on West 9th Street in Cleveland.