New Regulations for Self-Driving Cars Will Not Protect Cleveland Drivers 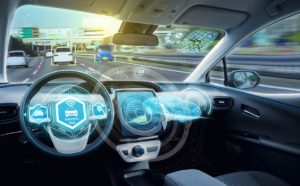 Self-driving vehicles are becoming an increasingly popular on Ohio roads. While the technology raises many exciting possibilities for the future of transportation, it also raises many important safety concerns. Just how safe are autonomous vehicles? Do they cause more accidents than they prevent? Who is legally responsible for causing an accident in a self-driving vehicle?

After any auto accident, injury victims have legal rights which must be protected. A Cleveland auto accident attorney will help secure the compensation to which you are legally entitled.

How Safe Are Self-Driving Vehicles?

Opponents of self-driving cars have expressed many safety concerns about self-driving cars. Such fears seemed to be validated when a self-driving Uber vehicle crashed in Arizona earlier this year. According to Wired, the autonomous Uber vehicle was approaching an intersection when the light changed from green to yellow. In response, the automated system accelerated the vehicle. A driver in the opposite direction was waiting to make a left turn across oncoming traffic. When the light changed to yellow, she assumed that oncoming traffic would stop, and began to make her left turn. The left-turning driver then collided with the self-driving Uber vehicle as it accelerated through the yellow light at the intersection. Witnesses gave differing accounts of the accident. One said the left turn driver struck the Uber, while another claimed that she was in the right, and the Uber was at fault for trying to “beat the light”.

But was this accident the fault of the self-driving vehicle? O.R.S. 4511.42, Ohio's left turn statute, is clear: a vehicle turning left must yield to any oncoming vehicle. Whenever an accident in Ohio involves a left turn, the driver attempting the turn is at fault for the accident. State laws vary (though most are consistent on this point), which means it appears the autonomous Uber was not legally responsible for causing this accident. Of course, this legal analysis does not allay public safety concerns about self-driving vehicles. But it is important to remember that this vehicle did exactly what it was supposed to do. The facts of this accident do not uncover any new or disturbing information about self-driving technology. On the contrary, they demonstrate that the technology works exactly as it is supposed to.

The Verge reports that a House subcommittee is marking up a package of legislation related to autonomous vehicles. This seemingly standard procedure is part of the larger national discussion on vehicle safety - a debate, the Verge notes, which has become “a little hysterical”. Yet, with nearly ninety-four percent of accidents being caused by driver error, it is difficult to say that self-driving cars are the more dangerous option. Reuters reports that the legislative package will accelerate the introduction of self-driving vehicles by introducing uniform laws for the testing of autonomous vehicles. Currently, vehicle manufacturers are subject to patchwork legislation that varies by state. Having a uniform set of regulations will enhance their ability to test self-driving vehicles, which will, in turn, make these vehicles more safe for consumers.

Self-driving vehicles can help reduce the huge proportion of accidents which are caused by driver error, but drivers must also accept personal responsibility for establishing safe driving habits.