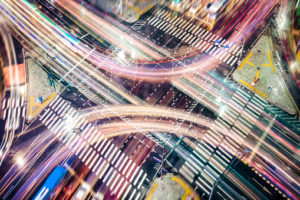 Speeding drivers are a common danger to road users in Cleveland. No matter how skilled someone may be behind the wheel, all it takes is one wrong maneuver at an excessive speed to cause a devastating accident.

Why Speeding On City Streets Is So Dangerous

In 2016, there was a total of 10,111 speed-related road deaths across the United States, according to the National Highway Traffic Safety Administration (NHTSA). This made up 27 percent of all fatal accidents during that year.
When motorists drive over the speed limit on busy city streets – where passenger-vehicle drivers, pedestrians, and bicyclists share the road – lives can be put at risk. Speeding is especially dangerous because:

Additionally, drivers who exceed the posted speed limit are more likely to run red lights and/or cause accidents during inclement weather.

One way cities, such as Cleveland, can reduce the likelihood of speed-related crashes is to lower their speed limits, according to the Insurance Institute for Highway Safety (IIHS).

In a study conducted by IIHS, drivers were observed in Boston – where the posted speed limit was reduced from 30 mph to 25 mph in dense areas and on municipal roadways. In comparison to similar roads in Providence, Rhode Island (where the speed limit wasn’t reduced), the study found that among the drivers surveyed:

Boston is not the only city to reduce its speed limit. Seattle, Portland, and New York City have followed suit in conjunction with Vision Zero. Currently, there is no plan to reduce the speed limit in Cleveland. However, drivers are still obligated to uphold their duty of care for the sake of public safety.

If you or a loved one was injured in an auto accident in Cleveland, it’s important that you know your rights. The attorneys at Merriman Legal, LLC understand the pain and suffering a speeding driver can cause to crash victims. We’ll leave no stone unturned when it comes to holding negligent drivers accountable.

Contact us today to schedule a free case evaluation. We work on a contingency fee basis, which means that you don’t pay us anything unless we win.