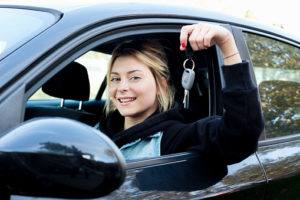 Most parents are worried their children will get into an auto accident. It turns out parents along with every other motorist should be most concerned about young adult's in their late teens and early 20's rather than new teen drivers. In particular, drivers ages 19 to 24 may be the biggest menace on the roads, according to new research from AAA Traffic Safety Foundation.

Why are these young adult drivers so dangerous? Because studies show they're much more likely than other motorists to engage in the types of high-risk behavior leading to collisions. They still lack experience on the roads, but have enough confidence in their skills to take risks.

When these drivers do not follow the applicable traffic safety laws or fail in general to use reasonable care on the roads, they are breaching a duty of care to their passengers and other motorists. If the result is a collision that results in injuries, the at-fault driver may be considered negligent. A driver who is negligent is liable to cover the damages of those injured or killed.

The AAA Foundation asked motorists about their driving behavior over the past 12 months. Specifically, study authors queried these drivers on whether they had engaged in risky behaviors like going through a red light when they could have stopped, texting or emailing while driving, or speeding in residential neighborhoods.

Among the youngest drivers — those between the ages of 16 and 18 — almost 70 percent admitted they had done these things over the past year. By comparison, 88.4 percent of drivers aged 19-24 admitted they'd texted, emailed, sped, or ran a red light. These motorists might do these things because they've had their license for longer, or because they've just moved away from home and are no longer as worried about the consequences of a ticket.

Unfortunately, the behaviors in which these drivers are engaging are extremely dangerous. These young adults aren't just making riskier choices than their younger counterparts. They are in fact the most dangerous drivers on the road.

It might make sense for younger motorists who grew up with smartphones to take a more lax approach to distracted driving. Still, these 19 to 24 year old motorists are also a lot more likely to do other dangerous things as well. For example, just 5 percent of all drivers believed it was OK to exceed the speed limit in a residential area. However, among drivers ages 19 to 24, around 12 percent thought it was fine to go more than 10 mph over a residential speed limit. Drivers in this 19 to 24 age group were 1.4 times as likely as other drivers to admit they'd exceeded the speed limit by at least this much in the prior month.

No matter what young adults think, these behaviors neither acceptable — nor are they legal.