Home > Blog > What's the Difference Between Civil and Criminal Cases?

What's the Difference Between Civil and Criminal Cases? 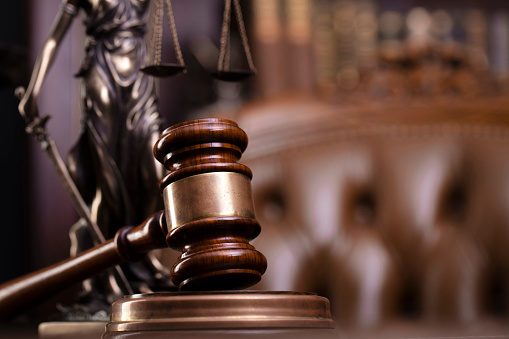 "Wait, how can he be cleared of criminal charges but still facing civil lawsuits for the same thing?"

This question has come up in Cleveland recently with the Browns' acquisition of quarterback Deshaun Watson, who faces at least 22 allegations of sexual misconduct during his time with the Houston Texans. Grand juries in Texas declined to indict Watson on criminal charges, but he still faces 22 separate civil lawsuits from the alleged victims.

This is an important legal distinction. As attorney Tom Merriman explained to Fox 8 Cleveland in a story about the Watson case, “You have a different standard of proof in civil cases. It’s a preponderance. Think of it as 50.1% versus 49.9%.”

That distinction plays a significant role in many car accident claims and personal injury cases as well.

How and why the standard of proof is different in civil vs. criminal cases

To convict someone of a crime, the prosecution has to prove the defendant committed the crime "beyond a reasonable doubt." This is the highest standard of proof used anywhere in the legal system. It basically means that the evidence of guilt is so strong that a reasonable person would not doubt that the defendant is guilty.

In most types of civil cases, however, the standard of proof is called "preponderance of the evidence," also known as "balance of probabilities" in some jurisdictions. As Tom Merriman explained, essentially anything greater than 50% probability is enough to satisfy the preponderance standard.

The standard is different because the stakes are different. A criminal court has the ability to sentence someone to prison, depriving them of liberty (and in capital cases, even sentence them to death). As such, a very high standard of proof needs to be used. In a civil case, however, the defendant's liberty isn't at stake, only their property (that is, financial compensation), so the burden of proof is lower.

What the prosecution needs to prove is also different in a criminal vs. civil case

Here's a common example of a civil vs. criminal case: you're hit by a drunk driver who ran a red light and slammed into your car. In order to convict this person of operating a vehicle under the influence (OVI), the State of Ohio has to prove beyond a reasonable doubt that they committed a specific act with a specific definition — in this case, operating a vehicle with a blood alcohol content (BAC) above the legal limit or while under the influence of any controlled substance. Prosecutors may very well determine that they don't have sufficient evidence to prove the driver was under the influence and thus choose not to pursue charges, or the drunk driver may successfully fight the charges in criminal court.

However, in your civil claim, your attorney only has to prove, by a preponderance of the evidence, that the other driver was negligent and responsible for your injuries, not necessarily that they were driving under the influence. "They ran a red light and hit me" is a perfectly valid justification for a civil lawsuit, regardless of whether the driver was drunk, texting, asleep at the wheel, or simply not paying attention to the light.

The same principle applies in any personal injury or wrongful death case that involves potentially criminal conduct. Prosecutors may decide not to bring criminal charges because they don't think they have enough evidence to prove guilt beyond a reasonable doubt, but that doesn't mean you don't have a viable civil case. That's one of the reasons it's so important to talk to a personal injury lawyer who can advise you of your legal rights and options.

Get answers about your legal situation in a free consultation

Whether the accident that caused your injury involved a crime or not, it's important to remember that the police and prosecutors don't work for you. Their job is to deal with the offenders. Our job is to make sure victims are compensated for their losses to the fullest extent allowed by Ohio law. If you've been hurt in a car accident or any other incident caused by negligence, contact us today for a free consultation.