Dealing with trucking companies and their insurers after a crash 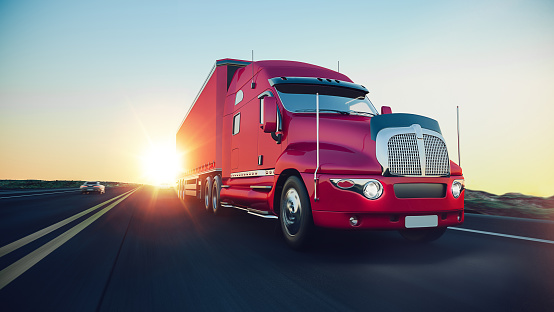 Truck accidents are very different from two-car crashes. Due to the size and weight of large commercial trucks, the damage tends to be more devastating. In many cases, multiple people sustain serious or fatal injuries from a single truck crash. During the aftermath, there are multiple insurance companies involved. That's because the cab, trailer and cargo are often insured separately.

Knowing what to do after a truck crash is often confusing. The course of action you take can make a difference between receiving a lowball settlement and recovering every dollar you're entitled to in damages. If you've been injured in a truck crash, speaking to an experienced lawyer is vitally important. The attorneys at Merriman Legal, LLC in Ohio explain how a thorough investigation can maximize your chances of recovering damages. Here's what you need to know.

Trucking companies often pay high premiums to their insurers. That's because large commercial trucks pose a significant liability to insurance companies. When a crash occurs, trucking companies and their insurers can lose millions of dollars. They have a much greater incentive to downplay your claim than to pay you the full amount you're entitled to.

The damages accrued from truck accidents are typically high because:

Negligence of trucking companies is a leading cause of truck crashes

Truck drivers are primarily at fault for causing crashes. In many cases, trucking companies create the conditions for catastrophes to occur. They do this by:

How our attorneys investigate trucking companies

Truck accident cases are highly complex and often difficult to litigate. Trucking companies often deploy their own team of adjusters and investigators within hours to the scene of a crash. Building a strong case will require solid and indisputable evidence proving that a trucking company or its driver was negligent. Here are the most common ways the attorneys at Merriman Legal, LLC gather evidence:

Why hire an attorney?

The attorneys at Merriman Legal, LLC know the laws set forth by the Federal Motor Carrier Safety Administration. When a trucking company violates one of these laws, we'll gather the evidence needed to prove it. Our legal team will also deal directly with the trucking company's insurance provider, so you don't have to. Insurance companies often lure crash victims into giving recorded statements or accepting quick lowball settlements. They know how to take advantage of crash victims who don't know their rights. When you hire our attorneys to handle your case, we act as a buffer between you and the insurance companies. We won't let them dictate the outcome of your case. We'll work with you every step of the way to help you recover.

Our law firm serves injured motorists in Cleveland and throughout Ohio. Contact us online or call us to discuss your legal options during a free consultation.