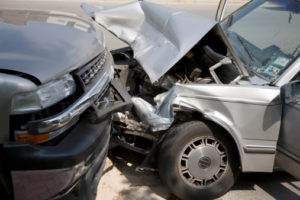 Do you find yourself unconsciously checking your phone notifications while driving? Eating and drinking? Taking your eyes off the road and hands off the wheel to switch songs on your infotainment playlist?

What about your daily commute? Do you remember which streets, exits, and landmarks you passed? If you're like many other drivers, you may find that the habits you regularly engage in behind the wheel are, well, quite risky.

After attending driving school, safety is often fresh in the minds of new drivers. However, motorists tend to get more comfortable over time. They become confident in their ability to multitask and engage in common distractions. Many of them have done so without experiencing a crash or even a near miss.

Dean T. Johnson, president and founder of The Sandy Johnson Foundation: Making Our Roads Safer, refers to this level of comfort as "driver conditioning." He believes that it may have led to the 2002 death of Sandy Johnson and her mother, who were killed in an intersection crash moments before reaching their final destination. As Johnson and her mother approached an intersection in Ohio, another driver stopped to yield. As Johnson proceeded, however, her car was struck by an SUV traveling 55 mph.

In a National Safety Council (NSC) article, Johnson identifies six common (yet risky) habits many drivers engage in without giving it any thought. These habits were determined by scrutinizing the 2002 fatal crash involving Sandy Johnson, as well as several other crashes. They include:

Drivers have a duty to break these habits

According to Johnson, driver conditioning is the result of not being challenged enough on the road. In addition, drivers who have fallen into comfort zones should regularly consider the risks of their habits. A serious crash can happen in the blink of an eye and can result in someone being severely injured or killed.

That's why the Cleveland car accident attorneys at Merriman Legal, LLC are dedicated to fighting for the rights of injured motorists. We have seen the devastation caused by risky habits that have become normalized. Our legal team will work tirelessly to hold negligent drivers and their insurance companies accountable. Set up your free consultation today by contacting us online.