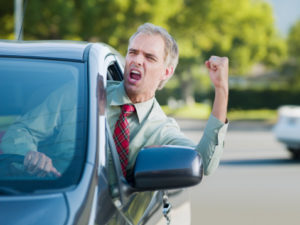 Troopers in Ohio are launching a crack down to target aggressive driving and distracted driving, citing a study by AAA revealing traffic fatalities were up 13 percent in the last several years.

These concentrated operations will be taking place all over Ohio, from Stark County to Columbus, under the title Operation TRIADD, which stands for Targeting Reckless Intimidating Aggressive Distracted Drivers. In Columbus, troopers are taking to the skies, monitoring aggressive driving with the use of aviation patrol. These authorities will call in to ground patrols to report instances of tailgating, weaving through traffic, speeding and other unsafe maneuvers. Troopers on the ground will then be able to respond in real time.

In Ohio, there is no specific statute for "aggressive driving." However, O.R.C. 4511.20 prohibits the operation of a vehicle with willful and wanton disregard of the safety of persons or property. The violation is a minor misdemeanor, though penalties may be enhanced if one has prior convictions for the same offense.

Many view this penalty as disparate when considering the severity of injuries that may be caused by a driver who is behaving aggressively behind the wheel. Car accidents are a leading cause of death in the U.S. for all age groups, and the number of crashes involving aggressive drivers has crept higher in recent years. Part of this may be due to the fact that lower gas prices and a better economy has meant more drivers on the road, and traffic congestion can lead to frustration. Another factor is the increasing level of distraction by so many drivers absorbed in their smartphones. Some drivers may unknowingly pull a dangerous maneuver, which in turn could enrage other motorists.

Aggressive driving reportedly played a role in more than half of all deadly crashes between 2003 and 2007, with speeding being the No. 1 factor, cited in 19 percent of all fatal crashes.

Some other examples of aggressive driving include:

Any one of these actions can have serious consequences on the road. In many cases, aggressive driving involves a pattern of dangerous behavior, often spurred by the driver's intention to get somewhere quickly or assert dominance over other road users. Impatience, stress and irritation at something totally unrelated to driving can all lead to unsafe driving behaviors.

Troopers are hoping Operation TRIADD will help drive home awareness of just how dangerous aggressive driving is, and how to protect themselves by driving defensively. To avoid becoming an aggressive driver, the FHWA recommends:

If you are injured by an aggressive driver, our Cleveland car accident lawyers can help you map out the best way to pursue compensation from the other driver or other at-fault parties.