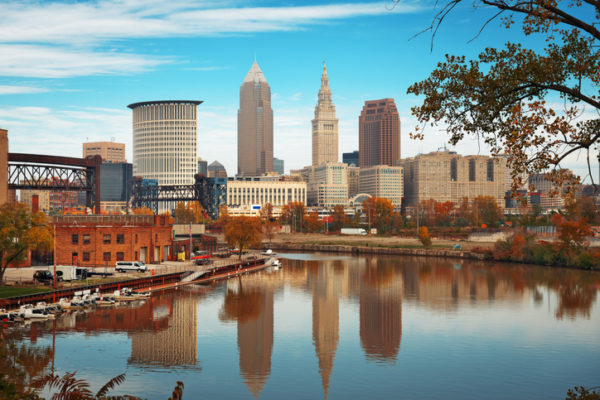 Merriman Legal is representing customers in a class action lawsuit against Cleveland Public Power (CPP), the public utility company that allegedly charged customers a hidden fee for years in violation of a Cleveland city ordinance. What happens next remains up in the air since the City of Cleveland is appealing the denial of their motion to compel arbitration instead of going to trial.

"I think the mayor and his high-priced legal team has a choice," attorney Tom Merriman said in a recent interview with Fox News Channel 8. "They can keep filing ridiculous motions and appeals or they can just stop and make things right with the customers of Cleveland Public Power, or we're going to trial,"

What is a class action lawsuit?

Merriman Legal has been fighting for the rights of CPP customers for nearly seven years, as detailed on Fox News 8 and a recent News 5 Cleveland report about the class action lawsuit filed in Cuyahoga County against the City of Cleveland, which oversees Cleveland Public Power.

The lawsuit claims the City of Cleveland and CPP "concealed from the public its unlawful extraction of tens of millions of dollars from its customers" for over a decade. In particular, CPP "included in customers' bills charges that CPP was not authorized by law to assess."

CPP is accused of billing 70,000 customers an unauthorized "Environmental Adjustment" charge, resulting in more than $130 million in fraudulent, hidden charges to CPP customers.

"We've been at this for almost seven years now," Merriman told News 5 Cleveland earlier this year. "It's called an environmental adjustment, and it's buried inside another item on your bill called an energy adjustment. So the consumer has no idea they're being charged this fee."

On Sept. 23, the City of Cleveland asked Cuyahoga County Judge Deborah Turner to accept the city's request for a 3-member, city-appointed arbitration panel to decide the case instead of the case going to trial to be heard by a judge and jury, according to a recent News 5 Cleveland story.

The City of Cleveland's request for an arbitration panel was denied, Fox News 8 reported, which would have sent the case to trial in the Cuyahoga County Court of Common Pleas General Division in Cleveland.

Soon after, Cleveland mayor Justin M. Bibb's office issued a statement to Fox News 8, stating, "We are reviewing the court's decision and will make a decision regarding whether or not to appeal after conducting our due diligence." The City of Cleveland then decided to appeal the denial of their motion to compel arbitration. As a result, the trial date was canceled and a new trial date has not been set due to the on-going appeal.

News 5 Cleveland contacted Cleveland Public Power earlier this year about the environmental adjustment charge. The company told News 5 Cleveland the charge is "the charge by which CPP recovers costs incurred by the purchase of electric power that CPP sells to its customers."

However, CPP declined to comment when News 5 Cleveland asked CPP "a follow-up question concerning allegations that an environmental charge is buried with the energy adjustment charge." In response, CPP issued the following statement to News 5 Cleveland: "Cleveland Public Power has no comment on this request as it is part of ongoing litigation."

Merriman Legal believes the CPP and Cleveland city officials should immediately stop charging the unnecessary environmental adjustment. "When you have two appellate courts that said this charge violates your own ordinance, a legit business stops the practice," Merriman said to News 5 Cleveland this past April. "Mayor Bibb has a great opportunity here to just stop charging this hidden fee to people."

Class action lawsuits like the one involving CPP can be extremely complicated legal cases. This is why it's critical that individuals and businesses taking legal action against a public utility like CPP have an experienced class action attorney representing them.

The attorneys at Merriman Legal have been fighting for the rights of consumers for decades. We have successfully handled many class action lawsuits and other complicated legal cases in Cleveland and throughout the country. That's why people routinely rely on us when they need help with a complex legal case. Experience matters.

To find out more about how we can help with your potential legal case, contact us today to schedule a free consultation with our law firm. We're conveniently located on West 9th Street in Cleveland.