Cleveland Collisions Can Be Prevented by Following Move-Over Laws 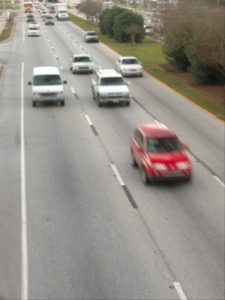 Drivers who see someone on the side of the road should try to slow down or move over and change lanes to provide more room. If a driver comes too close to people or vehicles on the roadside, the motorist could cause a car accident. If his actions are considered negligent and he is at fault, he could become civilly liable for compensating victims.

Drivers are required by law to move over in many, but not all, situations where someone is on the roadside. If a driver cannot safely change lanes, the motorist is expected to slow down to a safe speed.

Move Over Laws Protect Against Car Accidents Due to Dangerous Passing

Drivers are expected to change lanes or to slow their vehicles down to a safe speed, which is usually defined as below the speed limit, if they see a law enforcement officer or other first responder’s vehicle with flashing lights on the roadside. All 50 states in the U.S. have a law on the books imposing this obligation. The laws are called move over laws, and since 2010, 44 states have actually passed stronger legislation requiring motorists to move over or to pay fines. 19 Action News reported that Ohio was one of the states that expanded its law; in 2013, Senate Bill 137 was passed to mandate drivers move over when approaching utility vehicles, maintenance vehicles, and construction vehicles.

In every state but Louisiana and New Mexico, move over laws also cover tow truck operators, so drivers must move or slow down when a tow truck operator is on the side of the road loading up a vehicle or helping with a broken-down car.

Move over laws are designed to save lives, but first responders and tow truck drivers still die in car accidents. Pew Charitable Trust reported on roadside deaths of people working in and around traffic. Each year, an estimated 10 to 12 police officers are killed, as well as another eight to 10 emergency medical services (EMS) and fire rescue workers. As many as 50 tow truck operators annually die in car accidents while providing roadside services. Since July of 2014, there have been 14 deaths of tow truck drivers reported while the drivers are on the roadside working on cars.

Drivers who do know of move over laws may not understand how to follow them. Some motorists believe they are forced to change lanes and will take dangerous risks to force their way into a line of traffic. This can result in a collision. A driver who is unable to change lanes when he sees someone on the roadside should not try to force his way into traffic but should instead slow down until he can pass safely.

Individuals with broken down vehicles and good Samaritans who stop to help them, are not specifically covered by move over laws. Still, it is best practices for motorists to slow down or move over to get around them. A driver who strikes someone on the roadside while he is working to repair a vehicle could become responsible for damages.