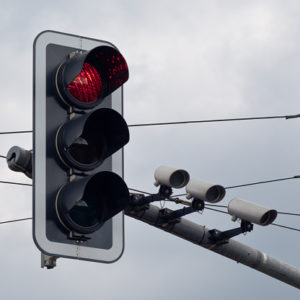 The first week of August was National Stop on Red Week. This is an important nationwide effort organized by National Coalition for Safer Roads, which partners with local organizations and communities nationwide to raise awareness about how dangerous it is for people to run red lights.
When a driver goes through a light at an intersection, a T-bone collision and other types of traffic accidents are very likely to occur. The driver who has run the traffic signal should be held responsible for losses. Collisions when a motorist has missed a signal are often very severe and cause permanent injuries or death. Nothing can undo the damage, even compensation for victims, so it is best for every motorist to make a commitment never take the risk of running a red.

The first program designed to help educate the public on red light running was created in 1995 by the Federal Highway Administration (FHWA). In 1998, the American Trauma Society and DaimlerChrysler teamed up to bring the program nationwide.

Despite ongoing efforts to educate the public, there are still very significant risks. National Stop on Red Week is part of continued efforts to alert to the dangers of going through signals. NCSR has prepared a list of 10 Reasons to Stop on Red, which was one of the education tools publicized during Stop on Red Week. The reasons include details on how common crashes are and on the extent of losses resulting from red light accidents. For example:

Drivers should still take time to consider the very serious risks of going through a signal and should make sure they avoid this high-risk behavior.