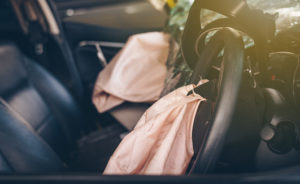 You were just involved in an auto accident in greater Cleveland. You may or may not have lost consciousness. Perhaps you have recurring headaches. Perhaps you’re unable to remember exactly what happened, or you feel confused and disorientated. You may have sustained a traumatic brain injury (TBI).

TBIs are often caused by auto accidents. They usually occur when:

The car accident attorneys at Merriman Legal, LLC have helped many people who have suffered these types of injuries.

How serious are TBIs?

Unlike many other types of injuries, when you sustain a TBI, some of the damage may be permanent. The neurons and brain tissue never completely regrow, which can result in lifelong complications.

The most common injuries TBIs crash victims sustain include:

Recovering from a TBI after a crash

If you have sustained a TBI in an auto accident, your recovery will likely be lengthy and expensive. The costs of MRIs, CAT scans, medications and rehabilitation can add up. During that time, you may not be able to work and pay your bills.

If you think the insurance companies care whether or not you recover, think again. Even if they offer you a settlement, you may not be fairly compensated for your losses. That’s why you need a highly skilled, compassionate Cleveland auto accident attorney on your side fighting for you every step of the way. To learn how we can help you, contact us for a free consultation.