What Happens After Cleveland Motorcycle Accidents? 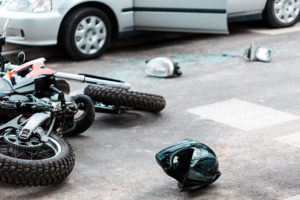 The victim was a 34-year-old man from Eastlake who had lost control of his motorcycle while going around a curve.  He was on a 2007 Honda motorcycle and was reportedly traveling onto the Route 71 North Ramp to Interstate 90 West at the time of the incident. He sustained a severe injury to the head and multiple leg and arm fractures. He passed away due to his injuries and was pronounced dead at the scene.

The victim of this tragic accident is just one of many people who will lose their lives in motorcycle crashes. When the accident is a single-vehicle accident involving only the motorcycle, as this collision was, there is often no recourse for surviving family.

Sometimes, the motorcycle itself had a defect which was to blame for a single vehicle crash. In other situations, there are problems with the maintenance or design of the roads. Under these circumstances, when it is possible a third party such as a road designer or bike manufacturer was liable for the accident, surviving family members may be able to pursue a wrongful death claim.

While this recent Cleveland accident was a single vehicle accident, however, many motorcycle collisions involve a motorcycle and a car. When this occurs, the fault for the accident may lie with the driver. Drivers often do not know how to safely share the road with motorcycles. A driver might tailgate, cut off a motorcyclist, not give him the right of way, or may fail to see a motorcycle rider when turning or changing lanes.

When drivers make these types of mistakes, it is possible for surviving family members of a victim who is killed in a crash to pursue a wrongful death claim against the driver of the vehicle.  The ability to pursue a case is very important because the death of a motorcycle rider can have serious consequences for a family. They may be forced to pay medical bills incurred while medics were trying to save the motorcyclist's life. Funeral costs may be expensive as well, and the if the motorcyclist was providing financial support to dependents, that will no longer be available. Wrongful death damages can compensate those who have lost loved ones for the economic damage as well as for non-financial loss resulting from the motorcycle crash.

In the event a motorcycle accident is not fatal but simply causes serious injury, the motorcycle accident victim himself may be able to pursue a case against the driver or others who were responsible for the crash. Personal injury lawsuits can provide compensation for both economic and non-financial losses incurred by a motorcyclist who survived his injuries.