70 MPH Roads in Ohio to be Targeted By Law Enforcement 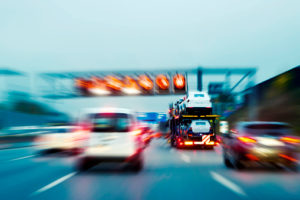 Speeding is a contributing or causal factor in many Ohio car accidents. Excessive speed can increase both the likelihood of being involved in an accident, and the severity of injuries which are sustained. For this reason, Ohio law enforcement agencies are implementing new campaigns and strategies to reduce the number of speeders on the roads of Ohio. When accidents do occur, a Cleveland car accident attorney can help injury victims find all sources of compensation to which they are legally entitled.

According to NBC4i, the State Highway Patrol is targeting speeders and focusing its enforcement efforts on roads with speed limits of 70 miles per hour. This decision was made when data from the patrol report showed that these roads have experienced a 22 percent increase in fatal injuries and a 24 percent increase in crashes since the speed limit was raised to 70 in 2013. If the State Highway Patrol’s enforcement efforts are successful, the Patrol may seek permission from the governor to reduce the speed limit on these roads back to 65 miles per hour on a temporary basis.

Among the efforts being used to target speeding on identified roads is a $100,000 ad campaign. Catchy slogans will be used to remind drivers to slow down. The State Highway Patrol will also pay overtime to troopers in order to increase patrols on identified stretches of road. In addition to speeding, troopers will be watching for aggressive driving, seat belt violations, distracted driving, impaired driving, and other traffic statute violations.

The Facts About Speeding

All drivers have a legal obligation to avoid excessive speed on the roads of Ohio. This is why Section 4511.21 of the Ohio Revised Code prohibits operating a vehicle at a speed that is greater than reasonable or proper. “Reasonable and proper” must be considered with regard to traffic and road conditions, as well as other conditions which affect safe speed (such as inclement weather or icy roadways). The statute also prohibits traveling at a speed that will not allow the driver to stop his or her vehicle with an “assured clear distance ahead." This means that drivers must control their speed as necessary in order to avoid a collision.

But controlling speed is more than just a legal obligation. It also reduces the risk of sustaining fatal injuries in a car accident. The National Highway Traffic Safety Administration reports that speeding contributed to at least 30 percent of traffic fatalities in America for every year between 2003 and 2012. This represents more than 100,000 fatality victims across the country during that decade. It has also been noted that young males were the driver demographic most likely to be involved in speeding. The proportion of speed-related crashes to overall crashes also decreased with an increase in drivers' ages.

Speeding is a dangerous habit with potentially fatal consequences. When accident victims are injured by a speeding driver, they may have the legal right to compensation. After any car accident, you should consult with a Cleveland car accident attorney as soon as possible. Injury victims have legal rights which are subject to statutes of limitation.