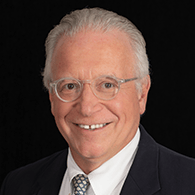 A graduate of Harvard Law School, Mr. Jerse has years of legal experience. He prosecuted cases on behalf of the City of Euclid. In addition, he has an extensive background handling accident and injury cases. He has taken cases to trial and has argued before the Ohio Supreme Court.

He served the people of Ohio as a state representative. Mr. Jerse also has worked in director positions for the Cuyahoga County Government and Ohio Department of Development.