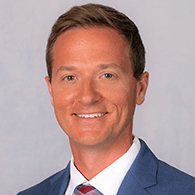 Drew Legando, Esq., is an attorney at Merriman Legal, LLC.

Legando has been recognized as a Rising Star Super Lawyer. He has successfully argued critical issues of law in the State and Federal Trial Courts, Appellate Courts and is regularly before the Ohio Supreme Court protecting the rights of the injured, challenging threats to equal access to justice and fighting for constitutional rights and protections.

Legando is regularly called upon to write and argue positions of law on behalf of the Ohio Association of Justice and for public interest organizations.

Philosophy: There are two ways to police the free market to make sure everyone gets a fair shake. One is to have a big, powerful sheriff in the form of the federal government – lots of oversight, tons of regulations, too much government. The other is to deputize individuals, small businesses, and their lawyers to help the market police itself through private suits in courts. The second way is much better. The big government solution imposes the costs of regulation on everyone – the good businesses and the bad ones, those following the rules and those who aren’t, those who make safe products and those who don’t. But the people-oriented solution is only costly for those who break the rules, cut corners, game the system, and get caught – they have to be responsible for their own conduct and only they have to pay for the harm they cause to the rest of the system. Good companies save costs because they don’t have to hire lawyers to defend them or pay verdicts entered by judges and juries – this gives good businesses a competitive edge. This approach rewards good players and holds bad ones accountable. I joined the firm to promote a private-responsibility, people-oriented solution to the faults of the market.